The Sydney Town Hall is one of Australia's most beautiful buildings.  Completed in 1889, it was constructed using local Sydney sandstone.

The building was designed in the Victorian Second Empire style.  It features a tall bell tower, a domed ceiling and a grand organ in its Centennial Hall. 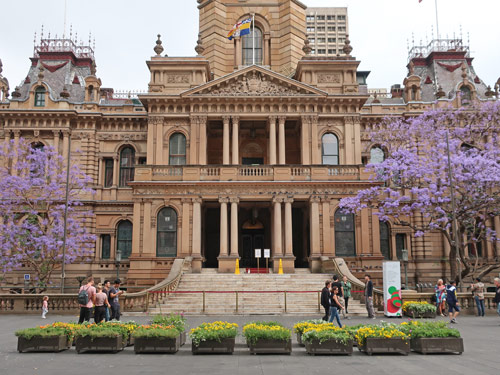 Sydney's Town Hall can be found at 483 George Street in the Central Business District (CBD).

The building is located next to St. Andrew's Cathedral and across the street from the Queen Victoria Building.