The Sydney Mint is an attractive heritage building located on Macquarie Street in Sydney Australia.

The building was designed to be part of a general hospital and dispensary.

Construction of the facility, which is affectionately called the "Rum Hospital", was completed in 1816. 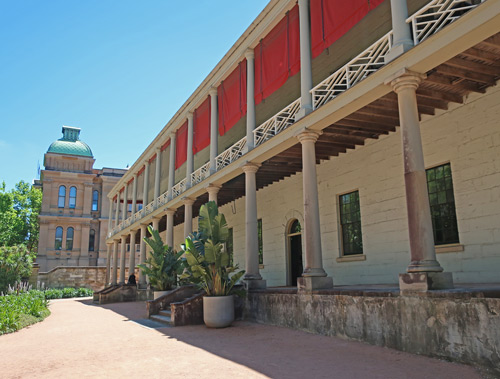 A mint was established on the premises in 1854.  A coining factory was built behind the building.

Other nearby historic buildings include the Hyde Park Barracks and Parliament House.