Parliament House is a Georgian style building located in Sydney Australia. Initially built to be a public hospital, it later became home to the Parliament of New South Wales (NSW).

Parliament House was completed in 1816 and is consequently the oldest public building in the city.

This historic building is currently used to house Hansard (i.e. the transcripts of debates) and to accommodate small committee meetings. 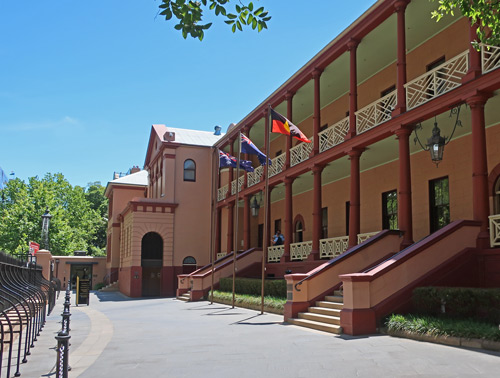 Parliament House is situated on the east side of Macquarie Street in the city's Central Business District (Sydney CBD).