The Queen Victoria Building is a late-nineteenth century complex located on George Street in Sydney Australia.

The Romanesque Revival building was completed in 1893 as a marketplace.  It features a large central dome together with some smaller domes. 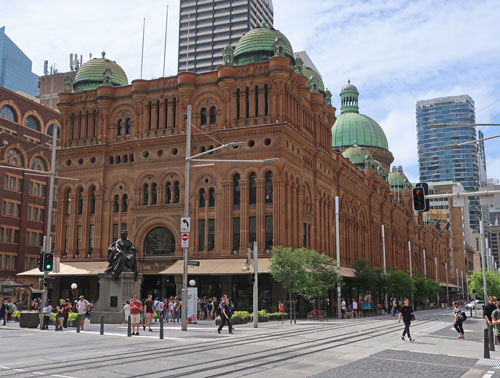 Over the years, this massive building has been used for various purposes, including a public library.  Today, it houses an upscale retail complex comprised of four floors. 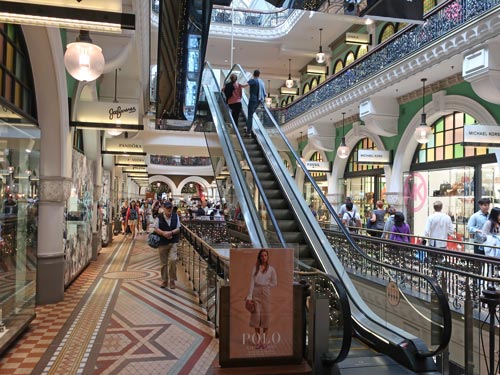 The Bicentennial Plaza is located at the southern end of the building.  It features a large statue of Queen Victoria which was gifted to Sydney in 1987 by the Republic of Ireland.