The commuter rail service in Sydney Australia is called "Sydney Trains.  It is comprised of eight lines and 175 stations.

The suburban passenger rail network covers 813 kilometers is distance.  Trains in the city centre depart every 3-5 minutes but less often in the suburban areas.

When entering the stations, passengers can "tap-in" and "tap-out" using any credit card.  Fares are calculated based on distance travelled, time of day and day of week.  A surcharge is levied on passengers embarking or disembarking at the Sydney International Airport. 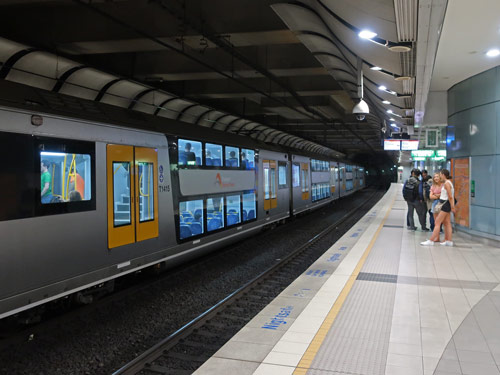 The trains used on the system are modern and well maintained. 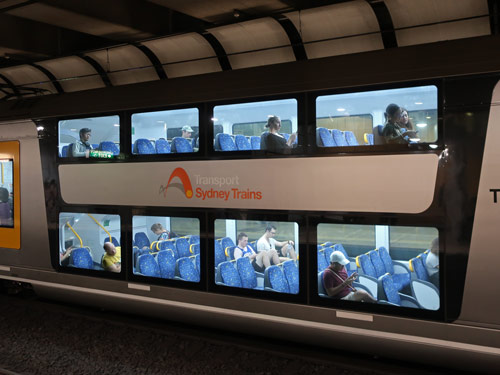 Interior of a Sydney Train

The most useful commuter rail service line for visitors to Sydney is the one called the "Airport Link", "T8" or the "Airport & South Line".  It connects Sydney Airport to Central Station and the city centre.

The Airport Link train picks up passengers at two airport stations (International, Domestic) and then makes the following stops: